I thought about this today as the news announced more airstrikes and destruction in the Arab World. A beautiful and tough place where I used to live, and where two of my three sons were born.

I thought about this because mixed in among the news about airstrikes and I.S. terror, I was praying for one of our FEBC radio broadcasts that go out daily in the Yemeni dialect of Arabic. I man from Yemen wrote and told us that as the only believer of Christ in his village he’s very lonely, but when the announcer prayed for him on air, he said with tears of joy “Thank you, I don’t feel alone any more.”

Why is this man a follower of Christ, and all his neighbours are not? Because of an idea. Why is this man following the way of the Prince of Peace? Why is he praying and pursuing a life of love, joy, peace, patience, kindness, gentleness, perseverance and self control? Because of a thought that came into his head.

It’s the same reason an 18 year old young man from Australia is now fighting and killing in Syria with the so-called I.S. An idea came into his head. His parents can’t work it out. They say he’s been brainwashed. Several other despairing parents around the world are saying the same thing – what or who got into his head?!

George Weigel said “ Ideas have consequences, and bad ideas can have lethal consequences.” Everything we believe starts with an idea. And what we believe matters.

In  his latest book entitled “Both/&” Rich Nathan says “The so-called War on Global Terrorism is not going to be won by military force alone. It has to be fought in the realm of truth and ideas and beliefs in the various places where false ideas are producing lethal consequences.”

So, let the Word of God – the Gracious and Compassionate, the slow to anger and quick to show love and faithfulness – be heard all over the Arab World. Let the radical ideas of forgiveness, undeserved favour, loving your enemies and sacrificial love be broadcast in Arabic, and every language. 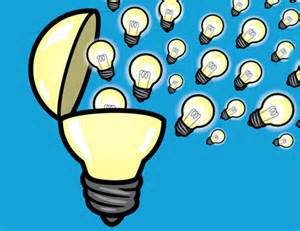 What we believe matters. Ideas matter.