I’m at a mission conference with numerous people who represent dozens of countries and thousands of hours per week of missional broadcasting, and one topic that’s popped up a bit is “What is the scope of the Good News? When is Christian mission radio missional? Or we could ask “When is talking to people about Jesus biblical?”

I happened to read Acts 17 this morning and I find it helpful. This is a fascinating story of a missional conversation. Firstly, in spite of their lostness Paul complimented the Athenians for their religious pursuit! But what really amazes me is that Paul (actually the Holy Spirit) has included in scripture a piece of “pagan” poetry! It is declared as “truth,” and is now Biblical. Before it was made Biblical it was simply human. So what is most important here is its truthfulness. Its source is not a problem (even though it’s pagan!) 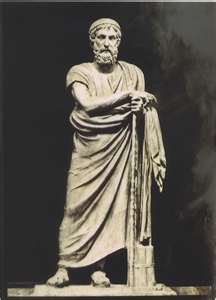 The Greek hero Odysseus, from Homer's Odyssey.. a 12000 word poem (plenty to choose from!)

From Mumbai to Moscow our listening audience’s lives are different, their circumstances, problems, struggles, hopes, languages, interests all vary enormously …

When sharing the love of God and the salvation of Christ with people, the form of the Good News for them is determined by their understanding (the recipient’s )and not the messenger’s preference.  So in Thailand that may include some known truth wrapped up in Buddhist forms, in Mongolia it may be wrapped in nomadic culture, in China there may be a proverb that says it well, and in Iran perhaps a Farsi song captures a Kingdom concept. Whoever we’re communicating with, wherever they’re from, look for key truths within their current understanding that you could include in your communication about Jesus Christ.

But none of these things say it all. Paul included new truths for his audience to connect the conversation more to God. He discussed both the known and the unknown. In this case he declared God to be creator (17:24), giver and sustainer of all life (v. 25), sovereign (v. 26), not silly and soft (29-30), but our judge (v.31).

So, when is talking to people about Jesus biblical? When it is true.