Most people listening to something!

If you’re part of a group that has any plans at all to change anything, there’s a very good chance you’ve experienced some good old “push back.” That resistance from somewhere that slows down your progress or actually does push you back towards where you came from, rather than where you want to go!

In my work with FEBC we know that some governments do not welcome Christian voices encouraging their people to be free in Jesus Christ. So Christian radio or streaming audio on the web can get restricted and knocked around by authorities, or outright shutdown if they want to.

One of my favourite authors recently summarised some of his wisdom into this simple saying:

Perhaps it’s just a more articulate way of saying “No pain, no gain” but its truth remains.

On a recent trip to Asia one of our offices reported some big push back from the government. It wasn’t outright persecution, just restraint and control of our programmes that Christians and interested people in their country can download from the internet. Until recently we were seeing around 700,000 downloads of our Christian programmes per month. Then the government took exception to ‘our kind of people,’ and blocked our website where the programmes appear.

In the midst of this struggle our staff were discouraged. Their programmes went from 700,000 downloads to zero in a matter of weeks! Big push back! They prayed and thought and brainstormed together. The government is much bigger than them, and they did not want to make trouble. They decided to simply change the website domain name and pray that their online followers would find them.

They did, and last month the site had more than one million downloads! That’s not maintanance, and it’s not survival. That’s a 50% increase in profits and intimacy. That’s a trophy advance.

If you often wish life and work was easier, you’re not alone. Do not give up.

God says “I will never leave you nor forsake you.” And in the face of great opposition the apostle Paul in the early church said “I press on to take hold of that for which Christ Jesus took hold of me…I press on toward the goal to win the prize for which God has called me heavenward in Christ Jesus.” (Hebrews 13; Philippians 3).

You are held in God with purpose and calling. Press on. If it’s a valuable cause it’s worth pursuing in this life, and for the age to come. 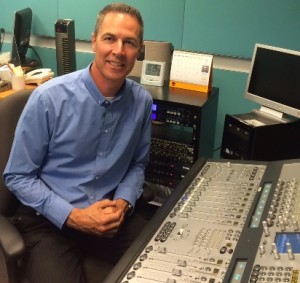 In the studio where the programmes are made.