Where do you think the best place is to reach out to Iranian people?

Answer? Where there are Iranian people of course. And guess what – there are thousands of Persian speaking refugees in Indonesia. In the cities and in detention centres.

Our FEBC partners, called Heartline, have recently started broadcasting in Persian to reach out with hope and encouragement to the Iranians in and around Jakarta.

What is the best time to talk to Iranian people? When they’re listening – but who would’ve thought that this was from midnight and through the early hours of the morning? Because they have no work, most people stay up late and sleep in in the morning. The broadcasts have proved to be a very positive for the Iranians and some have given their lives to follow Christ already.

These “diaspora” believers are quite well organised and have regular meetings for fellowship.

Not many people can get into refugee detention centres in Indonesia, not the least Persian speaking cross-cultural Christians! But radio can.

Not many Persian speaking Christians deliberately go to Indonesia to reach out and evangelise and disciple Iranian refugees. But radio can.

For various reasons some Western countries are making it hard for Iranian refugees to immigrate, but thankfully there are wonderful Indonesia Christians who’re seizing the opportunity. And radio and media are great ways to reach out to these people – anywhere, anyplace, anytime…

“From one man he made every nation of men, that they should inhabit the whole earth; and he determined the times set for them and the exact places where they should live. God did this so that people would seek him and perhaps reach out for him and find him, though he is not far from each one of us.”      Acts 17:26-27 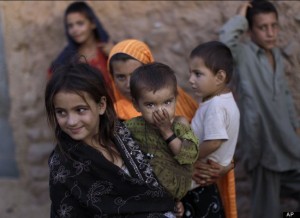